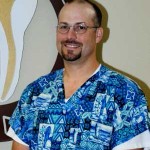 Dr. Hansard received his undergraduate degree from Bucknell Unversity with a B.A. in Biology and French. Afterwards he continued on to graduate from the University of Texas Science Center in San Antonio. He decided to continue his dental education and serve his country by attending an Advanced Education in General Dentistry and Joined the United States Air Force. In 1999 he was honorably discharged and joined Dr Yarbro in Valley Mills. He resides in China Spring with his wife Amanda and 2 daughters, Gabrielle and Claire. 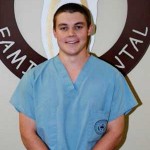 Dr. Jason New grew up in Clifton, TX. After he graduated from Clifton High School, he attended Texas A&M University. He received his undergraduate degree in Biomedical Science. After A&M, he chose to attend Baylor College of Dentistry in Dallas. Upon completing dental school he began practicing with Dr. Yarbro and Dr. Hansard. He currently resides in Clifton with his wife Julie, sons Judd and Tildon and daughter Lucy. 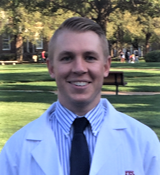 Dr. Mark Alan New, Jr. was raised in Clifton, TX; where he attended high school and graduated in 2011. He then attended Texas A&M University in College Station, TX and majored in Exercise Physiology and Kinesiology. Mark graduated in 2015 with Magna Cum Laude honors and chose to attend Texas A&M College of Dentistry in Dallas, TX.  Mark received his Doctor of Dental Surgery degree in May 2019 and moved to China Spring, TX with his wife in early June. Mark began working at Bosque Valley Family Dental in late June 2019. He currently resides in China Spring with his wife Ellen and son Hayes.